The Wadjet Canyons is a desert region in Egypt (Act II). It is entered from the Hathor Basin lying to the south. The exit is to the north-west, leading to the Nile Floodplain. 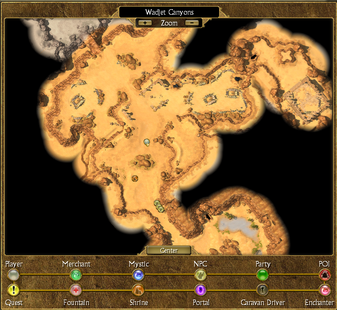 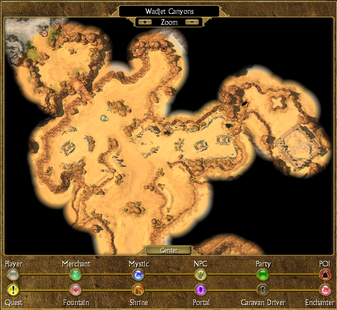 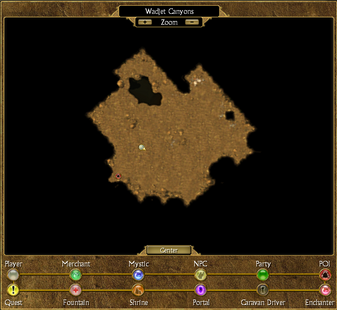 At the entrance you'll meet Seda, a desert trader (but no actual merchant you can trade with), who will give you the second side quest, The Beast of Legend. The beast is the Ancient Scorpos - Beast of Legend, found in a cave some distance to the north.

There are also several encampments of Dune Raiders here. To the central east is an isolated plateau, which can only be reached through a cave located in the northern part of the previous region, the Hathor Basin.

There is no Rebirth Fountain in this region.