So we know how to make terrain, and we know how to make grids. Getting from one terrain to another is easy, just put the two regions right next to each other. Connecting terrain to a grid or a grid to a grid is a little more complicated. For that, we need to use portals. Portals are essentially just doors from one region to another. Another way to move the player character around is to teleport to a specific point via a teleport trigger. 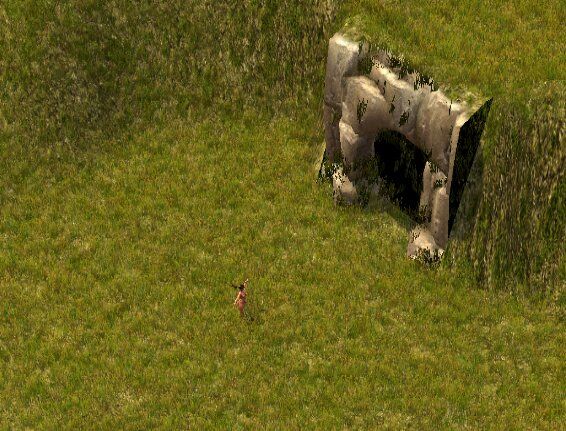 Portals are built into certain types of objects. One of those objects is 'records -> underground -> naturalcave -> greecedngentrance_a01_ext.dbr', which is the cave object buried in the cliff face in the terrain region. That's one of the portals we'll be linking, but we still have to create one on the grid.

Another way to move the player around the map is through teleportation. The user can be teleported via a trigger using the 'Teleport Player to N., N., N. )' action in the Quest Editor (Don't worry, I'll explain all about actions in the next tutorial). But how does one obtain the correct coordinates to teleport to?

Retrieved from "https://titanquest.fandom.com/wiki/Tutorial_08:_Traversing_from_Region_to_Region?oldid=31468"
Community content is available under CC-BY-SA unless otherwise noted.