Titan Quest: Ragnarök is the second expansion for Titan Quest released on 17 November, 2017. This new expansion to the acclaimed Anniversary Edition of Titan Quest adds a fifth act of unprecedented scope, along with many new and requested features including new weapon types, new armor, charms, relics and a 10th Mastery for your characters to learn. 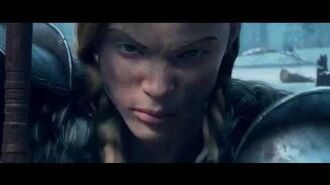 Retrieved from "https://titanquest.fandom.com/wiki/Titan_Quest:_Ragnarök?oldid=29695"
Community content is available under CC-BY-SA unless otherwise noted.