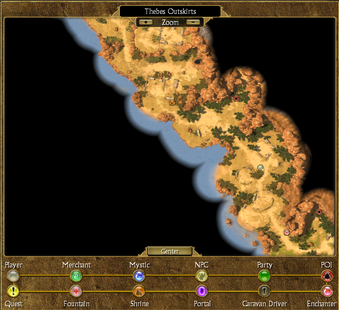 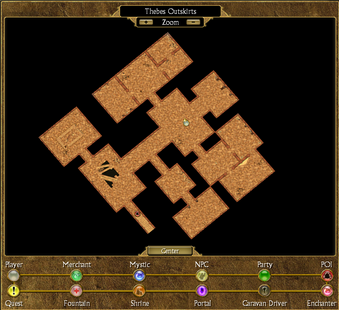 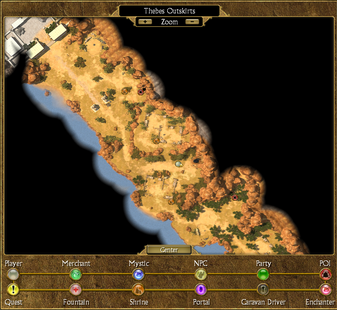 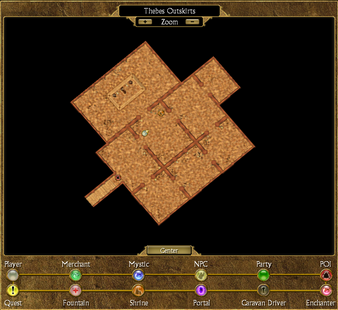 The Thebes Outskirts are a fairly large region in Egypt (Act II), following The Upper Nile. They lead to the Temple of Seti in the north-west, which is part of the city of Thebes.

There is a Rebirth Fountain at the south-eastern entrance and you will also find two tombs along the way, one in the central area and another one to the north. Both are optional, but usually will hold some larger treasure containers.

The tombs hold various types of undead, including Shades and Gilded Dead (slightly stronger skeletons), as well as the Eurynomus demons.