The Lower Nile is a region in Egypt (Act II) and you'll get here after leaving the Village of Sais and it's destroyed Temple of Ptah behind you. Following the Nile to the north-west to get to the Memphis Outskirts. The side quest A Promethean Surrounded is found and completed here.

There are two large ruins within this region called Old Kingdom Ruins. They are infested with undead and within both you'll find an entrance to a tomb. The tombs are optional, but contain lots of treasure containers.

To the north-west you'll meet a woman named Inen, member of the Order of Prometheus, surrounded by Dune Raiders. Kill the monsters and talk to her to complete the side quest A Promethean Surrounded. 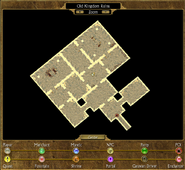 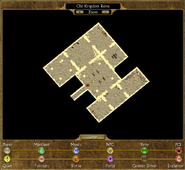 In the Old Kingdom Ruins

In the Mysterious Tomb (West)

In the Mysterious Tomb (East)