The Dust of a Titan

This is a Hades (Act IV) Side Quest.

Long ago, Zeus smote a Titan with his thunderbolt, reducing him to ash. From these ashes Prometheus fashioned the first humans. It is said that a little of the ash was left over, and that the god Hades appointed a trusty guardian to protect it, somewhere in The Plains of Judgment. The shade-priestess Leda in the Upper City of Lost Souls says she could prepare these ashes into a vital and potent elixir and asks the hero to find the dust of the titan. 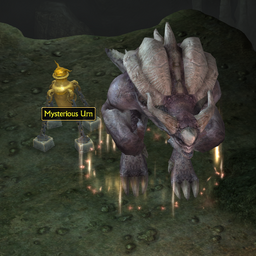 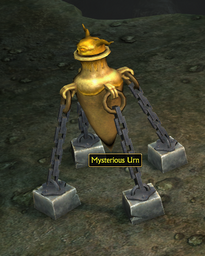 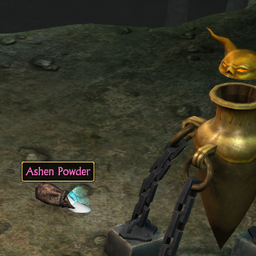 Ashen Powder
Act IV Quests
A Mysterious Message • A Crab Story • An Impossible Task • The Torch-Lighter's Gauntlet • Outpost in the Woods • Medea's Price • The Stolen Sigil • The Wealth of Ancient Kings • Lampido's Potion • The Treasure Hunters • The Road to Hades • Among the Ruins • A Dangerous Mission • The Enemy's Captain • The Stygian Lurker • One Who Would Lead • Judgment of the Living • Hades' Treasury • The Dust of a Titan • Eurydice and Orpheus • An Invitation • The Necromanteion • Admetus Among the Dead • An Inside Source • The Battle for Elysium • The Siege Striders • Flight of the Messenger • The Achaean Pass • A Noisy Diversion • The Immortal Throne • The Shards of Erebus • Hades' Generals
Community content is available under CC-BY-SA unless otherwise noted.
Advertisement