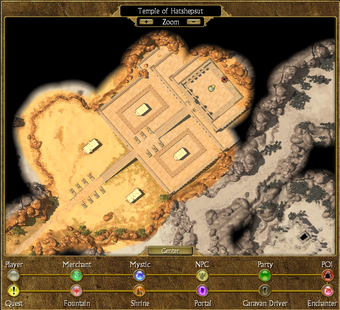 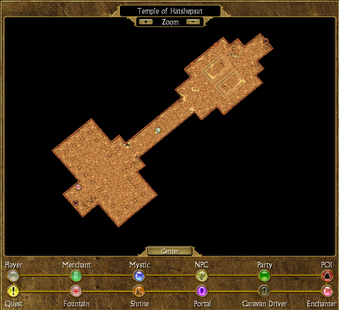 The Temple of Hatshepsut is one of the final regions in Egypt (Act II) and entered from the Hatshepsut Path to the south-west.

Imhotep sent you here to find an ancient portal leading to Babylon, where another Telkine has started to wreck havoc to the lands. However, you'll find that portal at the end of the Hall of Prometheus, which is accessed from within the temple.

Note: This is the region you had seen from the Highland Pass before.