“In ages past, powerful sorcerers learned how to cheat Hades and persist as undead liches long after death had robbed their bodies of life. A dangerous practice of Theurgist's is to bind the souls of these ancient liches to their will, thus acquiring their powers”. 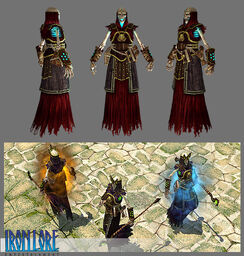 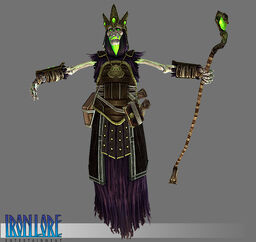