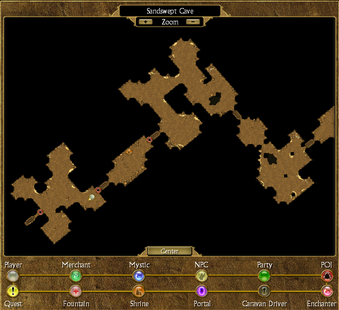 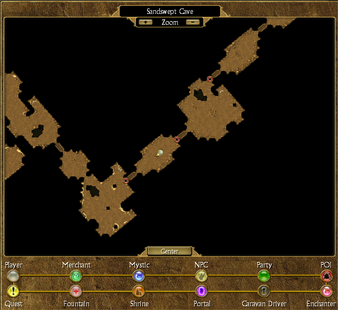 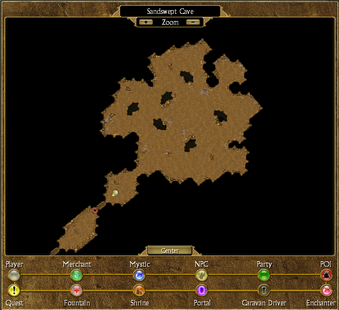 The Sandswept Cave is a large cave found in the Fayum Desert in Egypt (Act II), located a short distance east of the Fayum Oasis. It is purely optional and there's no Rebirth Fountain in there, but it contains lots of treasure containers, including some royal coffers and a majestic chest.

The cave consists of a number of smaller caves, connected by stairs. Within the cave you will also find several shrines. The last room of the cave is fairly large and you may encounter the Manticore here, guarding the treasure chests.