Ratman is a bipedal rat.

"Out of deep places of foul magic, a tribe of giant, upright rats emerged. Crude though their weapon and armor may be, many an adventurer, deep in a dungeon, has found himself suddenly ringed by a sea of red, hungry eyes and dully glinting swords".

Ratmen are not strong but gain strength in numbers.

N.B. There is also a Plague Spreader Ratman which is some kind of Shaman. He has the

Plague skill which causes a unit to take damage over-time and can spread to other units. Using pets against them might not be a good idea. 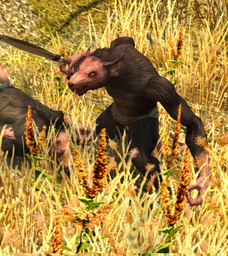 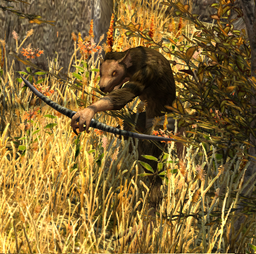 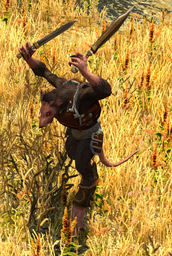 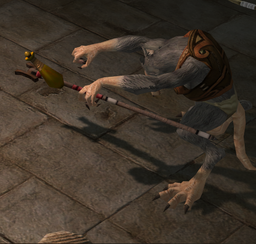