Primrose's Passage was an unimplemented area unlocked in 1.54 and renamed The Temple of the Hidden Sun. The Passage / Temple is a secret area like the Secret Passage from TQ:IT.

Access to the Primrose Passage is accomplished by completing a Hidden Quest. The quest involves finding a hidden items (Spell of Pieces) in each of the first four acts. Completing the hidden quest is rewarded with The Primrose, a special key just like The Overlord.

The entrance to Primrose's Passage is a semi-hidden cave entrance located on the far east side of the Deep Forest. 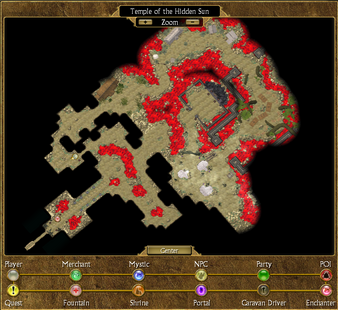 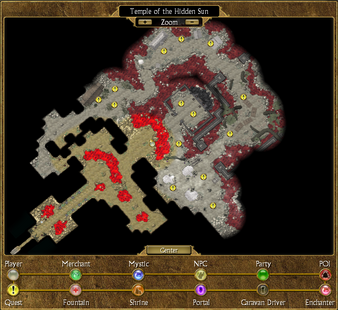