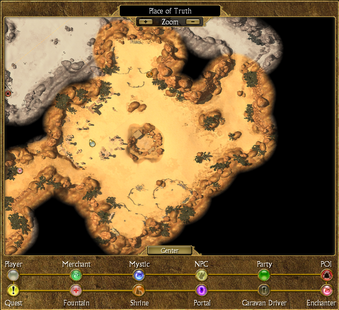 The Place of Truth is a desert region in Egypt (Act II), entered from the Highland Pass in the south-east and leading to the Valley of the Kings.

In real history, The Place of Truth (Set Maat) was the ancient name of a village, where the artisans lived, who worked on the tombs in the Valley of the Kings from 1550 to 1080 BC. Nowadays this place is called Deir el-Medina (see Deir el-Medina on Wikipedia).