You enter Memphis from the south-east, from the Memphis Outskirts.

The western part is the Memphis Plaza, where all the people lurk around (see below). You will find Imhotep here as well. There's also a Portal, a Blacksmith and an Arcanic next to the plaza. The large Gate to Thebes is 'locked by quest' and cannot be opened until you have completed the main quest The Invocation. However, once opened, it leads to Dahshur and the Upper Nile region.

To the north you will find two more gates: The Gate of the Sphinx leads to the Outer Giza region and eventually to the Giza Plateau, where you have to obtain the Hand of Balance and also get to complete two side quests given in Memphis (as well as receiving and completing another one there). The Gate of the Palm leads to the Artisans' Quarter of Memphis and ultimately to the Fayum Desert and Oasis. There you will have to retrieve the Eye of Chaos and also get two new side quests, which are also completed in that area.

There's another large gate to the south-west, which cannot be opened. 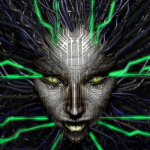