This guide is originally written on a wiki page: How to use AllSkins 0.8. If you want to see the latest and more correct version of it, please visit this page.

First you want to install the mod. If didn't do it yet, please visit the page Installation Instructions for AllSkins 0.8.

Starting the game in AllSkins mode 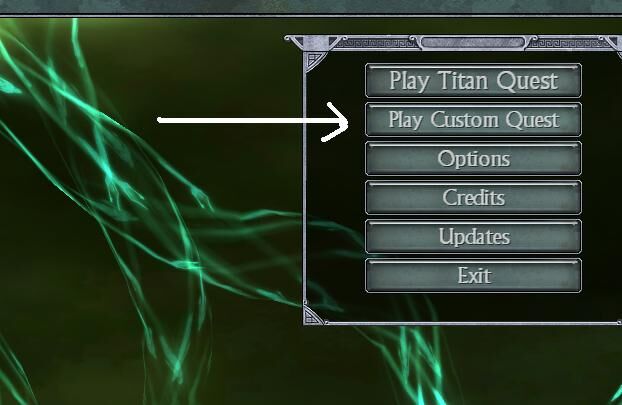 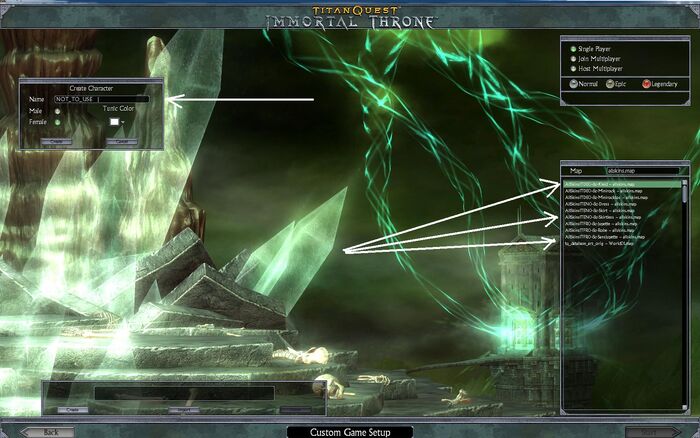 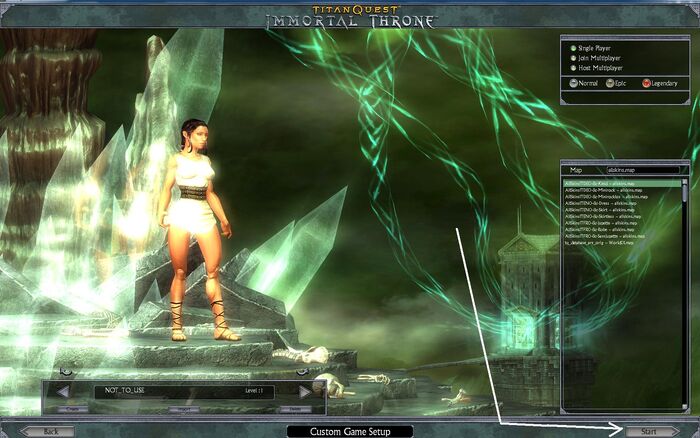 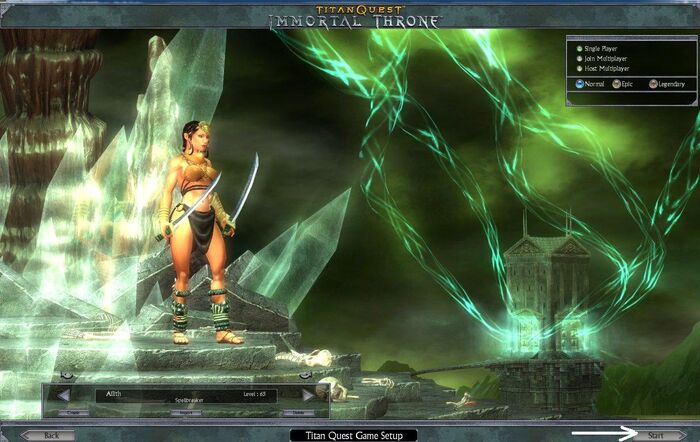 AllSkins 0.8 has by default 2 vendors of skin bottles in Helos in static positions on town:

The first choice skins contain the most original skins available on AllSkins mod. If you buy and use (right-click) one of the bottles sold by those vendors, the appearance of your character will change. AllSkins 0.8 has nevertheless a method to summon up to 6 different vendors (including those 2 above) in any place that your character wants them to be. To do that, you only have to use the 6 amulets provided by the mod. At the moment that you put an amulet on you, the vendor will appear. You can then return to your default amulet.

The amulets related to the non-adult skins of the game are listed below. Note that the "Recolors and Variations" vendors don't have bottles with skins that are original, but they do offer some variations over the first-choice skins of the other vendors (different skirt colors, little changes, etc).

There are 4 non-adult vendors on the AllSkins Mod:

If you want to unlock the amulets that give access to vendors with the adult skins of the game, you have to follow the same procedure as above, but use another unlock code. This unlock code is only available on the adult section of the titanquest.net forum. You don't need to use those amulets to enjoy the AllSkins mod - only go to get them if you are interested in adult content. Otherwise, keep with the 4 amulets that you have acquired above.

Should you be interested in the adult amulets that summon the adult skin vendors, you can go to http://www.titanquest.net/forums/modifications-editor/ and search the forum for the word (without spaces in between) AdultUnlockCode

You will find a thread called "AllSkins - AdultUnlockCode" and there, in the first post, you will find the unlock code for the adult sellers of skins.

Follow the same instructions as you have seen above but use the code that you found in that thread. 2 additional amulets will drop, and you'll have a total of 6 amulets now.

The 2 new amulets will be of the following vendors:

Those 2 complete the 6 vendors of AllSkins 0.8. Enjoy!

When you enter the Skirtless or the Dress mode, it may be that the female will look weird until you have bought a bottle for her (on one of the vendors) and used it. From them on, she will be with a skin made for that 3D representation, and will look correct again.

If you return to the game without using the AllSkins mod, and you used a Dress or Skirtless bottle on your female player, she can again look somewhat strange. All you have to do is to buy and use a bottle that is correct for the Skirt representation and she will look correct again for the standard game.

Availability of Merchants and Bottles

On a rule of thumb, this can be always be used:

Note: some skirtless skin bottles are available on the Skirt version of AllSkins mod. These bottles can be used for the standard AND the skirtless 3D representation of the female player (meshes) and are marked with a green tag [Skirt/Skirtless]

The availability of bottles and of merchants changes based in which mod you enter. The vendors change the stock of bottles available to you, so that you buy the right bottle for the type of female player that you are using.

Since the male player never changes, the male vendors sell the same kind of bottles on the 3 mods.

AllSkins 0.8 gives you the possibility of using by default the female Skirtless or Dress meshes.

The advantage of using those meshes by default is that you don't need to run AllSkins to play with them. You can be playing the standard game, or the Lilith or Masteries mod, for example, and the mesh you use will be the Skirtless or the Dress mesh.

To change the mesh you use by default, all you have to do is to go to the directory C:\Program Files\THQ\Titan Quest Immortal Throne\Resources and run one of the 3 files:

useDressMesh.bat to change to the Dress 3D version of the female player

useSkirtlessMesh.bat to change to the Skirtless 3D version of the female player

useSkirtMesh.bat to change to the Skirt 3D version of the female player

By default, the Skirt mesh is used by Titan Quest, so running the useSkirtMesh.bat will not change anything. Use it only if you want to go back to the standard mesh.