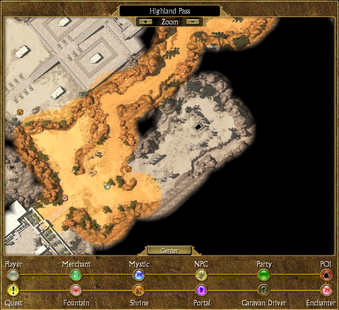 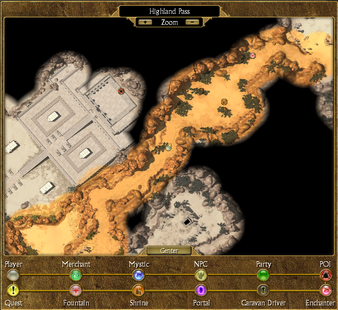 Highland Pass 2
Add a photo to this gallery

The Highland Pass is a larger desert region in Egypt (Act II), entered from the Temple of Seti, which lies to the south-west.

To the lower east lies the Meretseger Ridge, where you'll find Neb-Kemi from the side quest The Corrupted Priest. Once you have completed this side quest, follow the narrow passage to the north-east to get to the next region, the Place of Truth.

There is a Rebirth Fountain near the temple gate to the south-west and another one just before entering the Place of Truth.

On a side note: When walking up the Highland Pass, you'll see a larger temple in the background. This is the Temple of Hatshepsut, where you will get sometime later.