The Hathor Basin is the first desert region in Egypt (Act II). 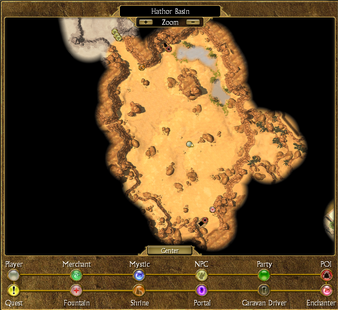 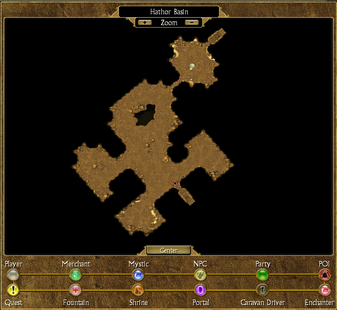 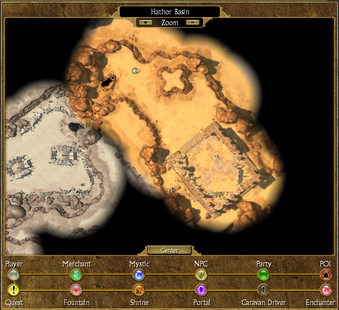 It is entered from the Rhakotis Library Vault, after defeating the giant scarab Scarabeus the Desert King and retrieving the Scroll of Invocation. There is also a Rebirth Fountain at this region's southern entrance.

From here you need to progress to the Wadjet Canyons, the exit is located to the north-west. There you'll also meet a desert trader named Seda, giving you your second side quest.

To the north (near the small oasis) of the Hathor Basin you'll find a cave, leading to an isolated plateau in the eastern Wadjet Canyons (the next region). On that plateau you will find an old temple ruin with some Dune Raiders guarding a Royal Coffer.

In the Sandswept Cave

On the Hathor Basin Plateau