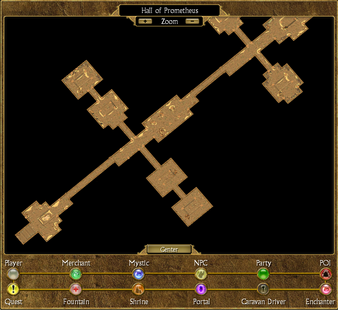 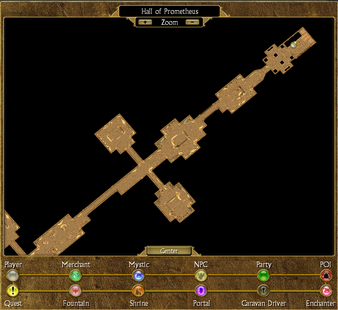 The Hall of Prometheus is the final region in Egypt (Act II) and entered from the Temple of Hatshepsut to the south-west.

Make your way to the north-east to find a Massive Stone Door followed by another one. Behind the second door you'll have to fight a boss enemy, Sand Wraithlord - Nightmare of the Desert. He is somewhat durable, but deals only little damage, so this fight usually is more like a test of your patience. In his chamber you'll also find a large Majestic Chest.

When you have defeated him, the door to the north-east opens, where you will find the Eternity Altar. Click on it to insert the Scepter of Eternity - this will activate the Portal to Babylon.