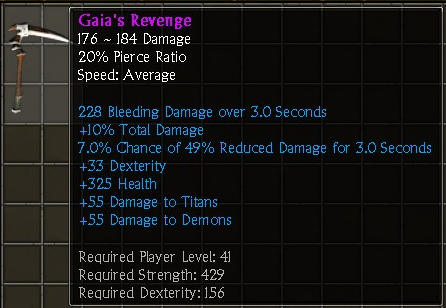 Gaia created this sickle so she could get revenge on Uranus for imprisoning her more monstrous children, the Cyclopes and Hecatonchires, in Tartarus. She gave this sickle to the Titan Cronus. The sickle was used to castrate Uranus. Cronus became the king of the gods until overthrown by his son Zeus.

Community content is available under CC-BY-SA unless otherwise noted.