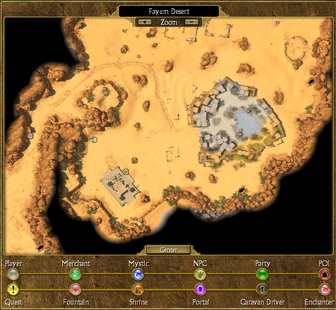 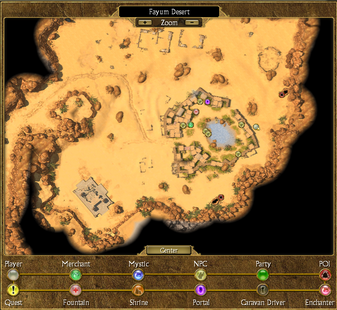 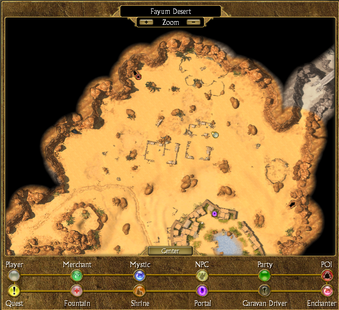 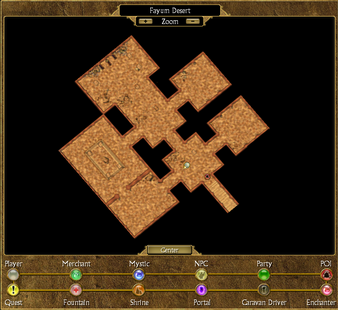 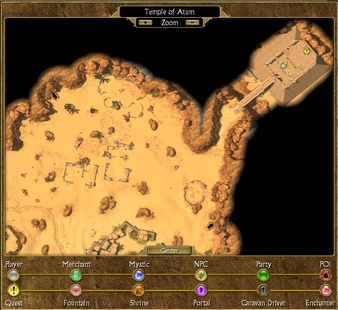 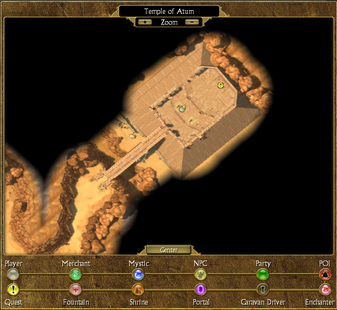 The Fayum Desert is a desert region in Egypt (Act II). Within it lies the Fayum Oasis, where you can find the fifth Portal, a Rebirth Fountain and a trader as well as two side quests. You enter the Fayum Desert either from the western Canyon of Isis (if you took the Gate of the Palm back in Memphis Plaza), or from a cave to the south, leading here from the Giza Plateau.

To the north-east of the Fayum Desert lies the Temple of Atum, where you will have to fight the Scorpos boss Nehebkau in order to retrieve the Eye of Chaos, one of the two quest items requested by Imhotep back in Memphis. The passage to the temple is guarded by a few Scorpos.

The Fayum Desert is a good place to farm various types of Charms, including Hag's Skin, Diseased Plumage and Lupine Claw. You can also access two caves from here, the Fayum Passage and the Sandswept Cave, where additional monster charms can be found, including Vile Ichor, Rigid Carapace and Venom Sac.

There are several other points of interest here: