Dragon Liche - Lord of the Undead

Dragon Liche - Lord of the Undead is an optional boss that does not impact the main story line. He is encountered shortly after the City of Chang'an, at the Shrine of Zhong Kui in Quinba Bamboo Forest, but only on Epic and Legendary difficulty. He is considered to be the most powerful Undead creature in the game.

As a boss monster he is immune to Controls and almost immune to Reduction to Enemy's Health and Energy damage (Energy Burn, Energy Leech).

Despite being Undead, the Dragon Liche does not have the resistances and immunity immanent to Undead creatures.

Dragon Liche has a variety of attacks, most of them deal Cold Damage. His most common attack is a normal bite, which actually can miss quite often and does not do a lot of damage.

This boss is Undead, so any reduction to damage from Undead will surely help. His Decomposition will surely kill anyone in a matter of seconds, but the attack can take up to 6 seconds to finish the animation, so there is enough of time to get out of the way. His Wing Flap is much more dangerous, because it covers a huge area. However, it is another very slow attack, and only fires forward. So dodging this will not be hard. It is preferable to disband any pets, and to not summon the Outsider when fighting this enemy!

Another excellent way of taking down Dragon Liche is having the

Spirit Mastery as one of chosen masteries, especially when combined with a melee mastery, like

Warfare Mastery. Spirit Mastery has the

Spirit Ward spell and its synergy

Spirit Bane, the single most amazing spells against Undead monsters. Just one point alone in

Spirit Ward gives +15% less damage from Undead, up to a maximum of +39% less, and its synergy with

Spirit Bane gives +33% extra damage to Undead with just one point in it, up to a maximum of +55% when maxed out. When fighting Dragon Liche, redistributing hero's skill points and putting even just one point in each makes a phenomenal difference when fighting this boss, especially for weaker characters who are struggling to survive. 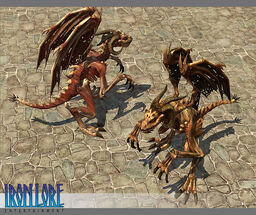 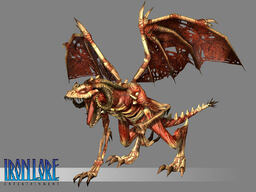 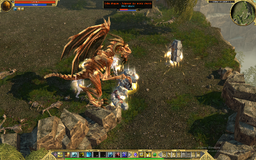