Boarman is a type of monster met in Greece. At first, a single Boarman Hero is found as a boss for a sidequest in Delphi, dwelling in a small cave in the dungeons under the Parnassus Mountain. Later some Boarman of various kinds can be met in the monsters' war camp and in the battlefield outside Athens.

There are unique items Boarman Armor and Boarman Bracelet that Boarman may drop. 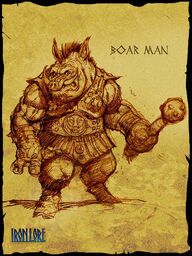 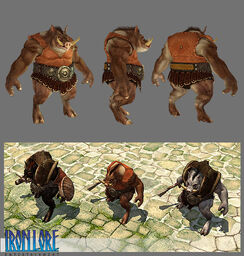 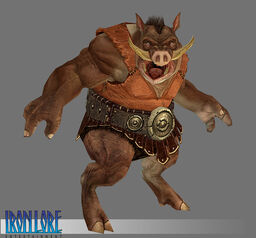