Titan Quest Wiki
Register
Don't have an account?
Sign In
Advertisement
in: Side Quest (Hades), Quest, Side Quest
English

This is a Hades (Act IV) Side Quest.

The shades of these Plains are not heroes, but they do what they can against the daemon army. Callicrates says that someone named Keuthonymos is the mastermind behind these operations. To get in touch with him, it is necessary to talk to Pylades first.

Note: Callicrates will offer this quest only after his other quest, An Invitation, is completed. 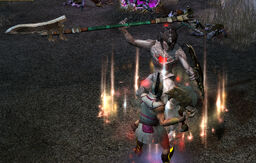 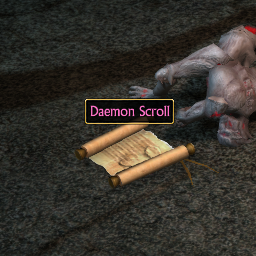 Daemon Scroll
Act IV Quests
A Mysterious Message • A Crab Story • An Impossible Task • The Torch-Lighter's Gauntlet • Outpost in the Woods • Medea's Price • The Stolen Sigil • The Wealth of Ancient Kings • Lampido's Potion • The Treasure Hunters • The Road to Hades • Among the Ruins • A Dangerous Mission • The Enemy's Captain • The Stygian Lurker • One Who Would Lead • Judgment of the Living • Hades' Treasury • The Dust of a Titan • Eurydice and Orpheus • An Invitation • The Necromanteion • Admetus Among the Dead • An Inside Source • The Battle for Elysium • The Siege Striders • Flight of the Messenger • The Achaean Pass • A Noisy Diversion • The Immortal Throne • The Shards of Erebus • Hades' Generals
Deutsch
Community content is available under CC-BY-SA unless otherwise noted.
Advertisement